Surrender To Her Master 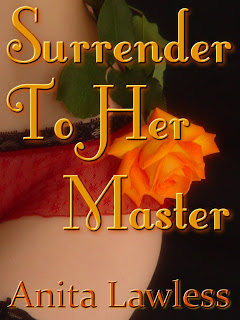 About:  Charlotte Hanson has accepted a job as sex mistress to Russian billionaire Dmitri Nichvalodov, and now her first week in this new position begins. After setting her father up in an expensive senior care home, Dmitri takes Charlotte shopping for lingerie. Then he introduces her to Japanese bondage art known as Shibari, or Kinbaku, and she becomes his living sculpture of rope and bliss.

Excerpt: "So, how do you feel about all this?"

Dad gave me a smile that seemed full of the vigor he once held. For a moment, he became that tough as nails cop with a sympathetic center he only showed to me and his closest friends. Not the withered shell of himself that I knew struck a blow to his pride. My heart filled with hope and love for him.

"You know, kiddo, I never believed much in miracles," he said. "But this…maybe this is our miracle. Maybe, sometimes, you get lucky."

"So you think I should go for it?" I came and sat beside him on the couch, checked his oxygen machine as I did often.

"Damn rights you should go for it." He sat up straighter. His soft brown eyes flared with determination. "You can't pass up an opportunity like this. Personal assistant to one of the richest men in the world. You gotta take it."

"According to Forbes, he's only the tenth richest man in the world." I gave Dad a cheeky smirk and he waved me off, calling me a wiseass while sporting a return smirk.

"Let's face it, Charlotte." His face became a map of wrinkles as his expression grew serious. "I know looking after me is getting harder and harder for you. This guy is willing to set me up in the ritziest senior care community in the city. That and the job, traveling all over the world with him, you'd be a fool to let that go, sweetheart."

"Taking care of you isn't hard." I squeezed his hand. He gave me one of those 'I know you're lying' looks. But handing over Dad's care to someone else admittedly made me nervous. After all, he'd always been there for me. When I was four, Mom went out to get her hair done with the girls, and she never returned. Dad had been my mother and father ever since. Sure, he'd tried to remarry, but working in homicide and raising a daughter had made it hard to socialize, and Dad's line of work sometimes scared women off. I often told him I didn't need another parent. He was all I needed.

He took both my hands in his. "Do this for you and me, Charlotte, please?"

I hadn't told my dad the true nature of the job I'd be accepting with Dmitri Nichvalodov. Two days ago, my boss, a prominent sex therapist and well known billionaire, had propositioned me to be his mistress. Currently I was his secretary, and would remain so, but this promotion--if I could call it that--promised top of the line care for my father, and all my financial needs would be met by the generous salary. The feminist in me warred with the pragmatist, but for Dad I had to take this job. His care was growing difficult and would get pricier. There was no alternative. However, Dmirtri wasn't hard on the eyes, so that was another added bonus.

"Okay." I kissed Dad's dry, papery soft forehead. "With your blessing, I'll do this."