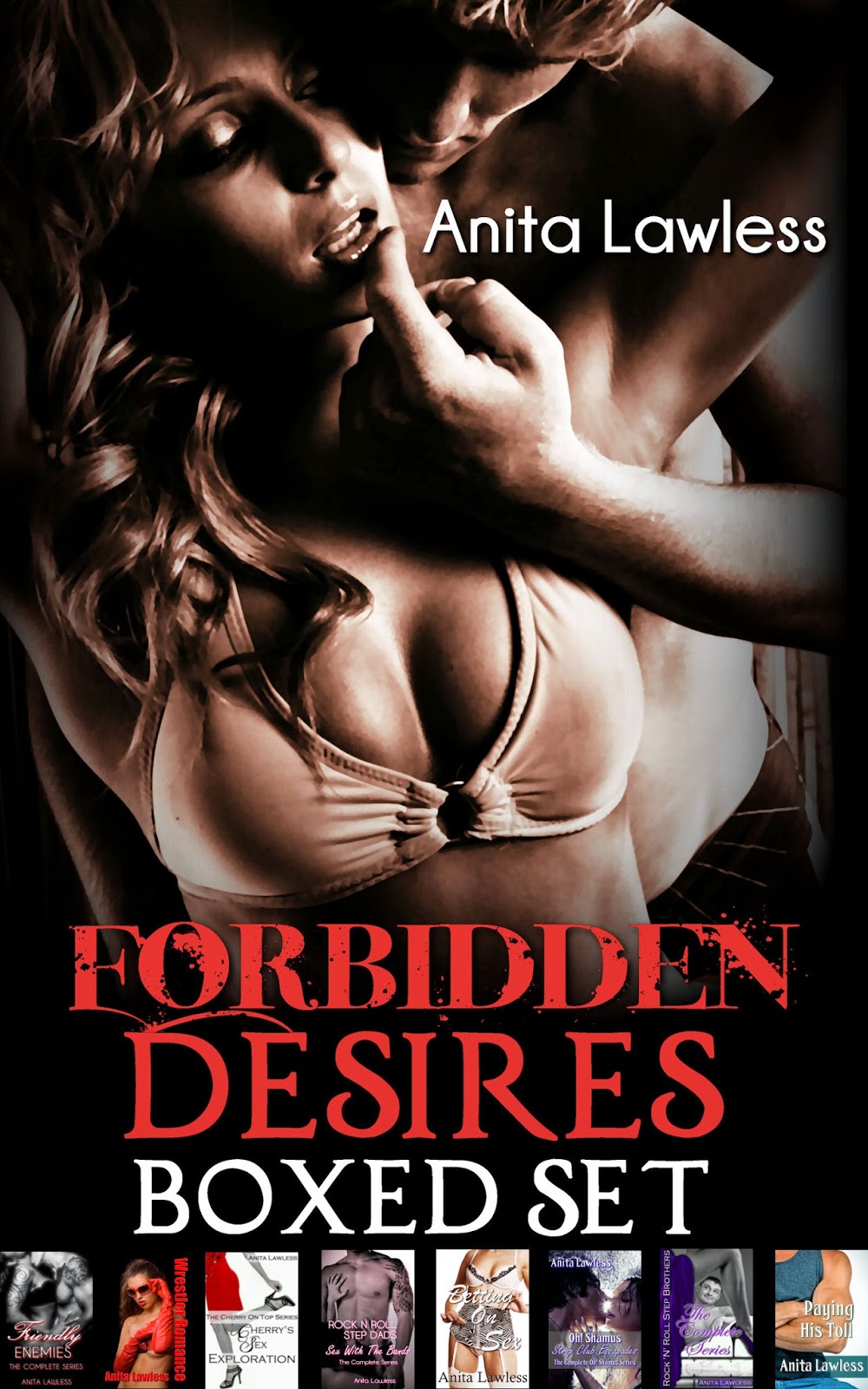 This boxed set from All Romance and Amazon bestselling author Anita Lawless contains 32 stories of illicit love. Love that should not be. But it feels so right, how can it be wrong? Get lost in these stories about rock stars, male exotic dancers, tattooed bad boys, and the women who love them.

All stories have a scorching heat level. Most involve multiple partners.

Mickie Malloy sat at her desk and frowned at a memo from her boss. Back off the cocaine trafficking story for now, it said. She hated when her boss, the much older and much more seasoned editor in chief of the Saint John Gazette, acted so bipolar without explanation.

She was a new reporter there, but in her six months with the Gazette she’d rose up as his star, giving him a cutting edge expose that broke one of the biggest recent scandals in their small city. She’d exposed a money laundering scam run by a prominent local banker. Turned out the banker’s hands were dirty with illegal weapon bootlegging, and he’d been running the profits through fake accounts he set up in his own bank. Mickie had gone undercover as a loans officer to break that one wide, and she’d done it in record time.

All this and she was only twenty-two and just starting her career. It was the one aspect of her life she could say she was truly proud of. She’d worked her ass off to get here.

Brushing her sideswept bangs from her eyes, she chewed on a thumbnail to vent her irritation. Having her story put on hiatus—the possibility of a crooked cop ring trafficking cocaine—left her fuming in her cubicle.

Her cell phone let out a shrill chirp, pulling her from these irritated ruminations. The number on the call display made her smile. It was her step dad, Roman Fayette. He was a well respected drummer in the legendary Canadian progressive metal band Rift. The band as a whole were well respected in the progressive metal scene for being pioneers of some very innovative music.

Her step father was the quiet one in the band, though the three other members of Rift tended to be laid back as well. Roman was a brilliant introvert who wrote many of the band’s songs and preferred to spend a good deal of his time alone.

“Hi Dad,” she answered on the second ring. Even though her mom and Roman had divorced years ago, she still thought of him as her true father, having never known her biological one. “You must’ve known I needed someone to cheer me up.”

“Ah, my boss is putting the brakes on a great story.” She sighed. “You got time for lunch? I’ll tell you all about it.”

“Actually, I was going to ask you if you wanted to come by the house for lunch.” He chuckled. “You read my mind. I have a favor to ask. How about I make us a couple tofu salads and you meet me here in half an hour?”

She would’ve preferred potato salad loaded with mayo, but Dad was a health food nut and she knew he’d disapprove if she suggested her alternative. He worried about what he called her ‘bachelor eating habits,’ so she cheerily agreed to his offer.

She gave her makeup a last minute fix via the mirror in her powder / foundation case. She frowned at her too big nose and applied a pale pink gloss to her pouty lips. There was no fixing her round face and naturally too bright cheeks, she decided. At least her dimples and big doe eyes made her cute, and why was she worrying about this exactly? It was just lunch with dad at his place. But that did mean the prospect of seeing her step brothers, which usually made her feel like the awkward, bookish girl she’d been in high school.

Don't forget to enter our Sizzling Summer Giveaway! Join our event on Facebook for prize updates.

AUTHORS: Would you like to be a part of our giveaway? Fill out the form. We do the rest!
https://docs.google.com/forms/d/1DDVoW4hkLWw7-fMtVwFLG7alWKPhf_65byIuHttfo4I/viewform 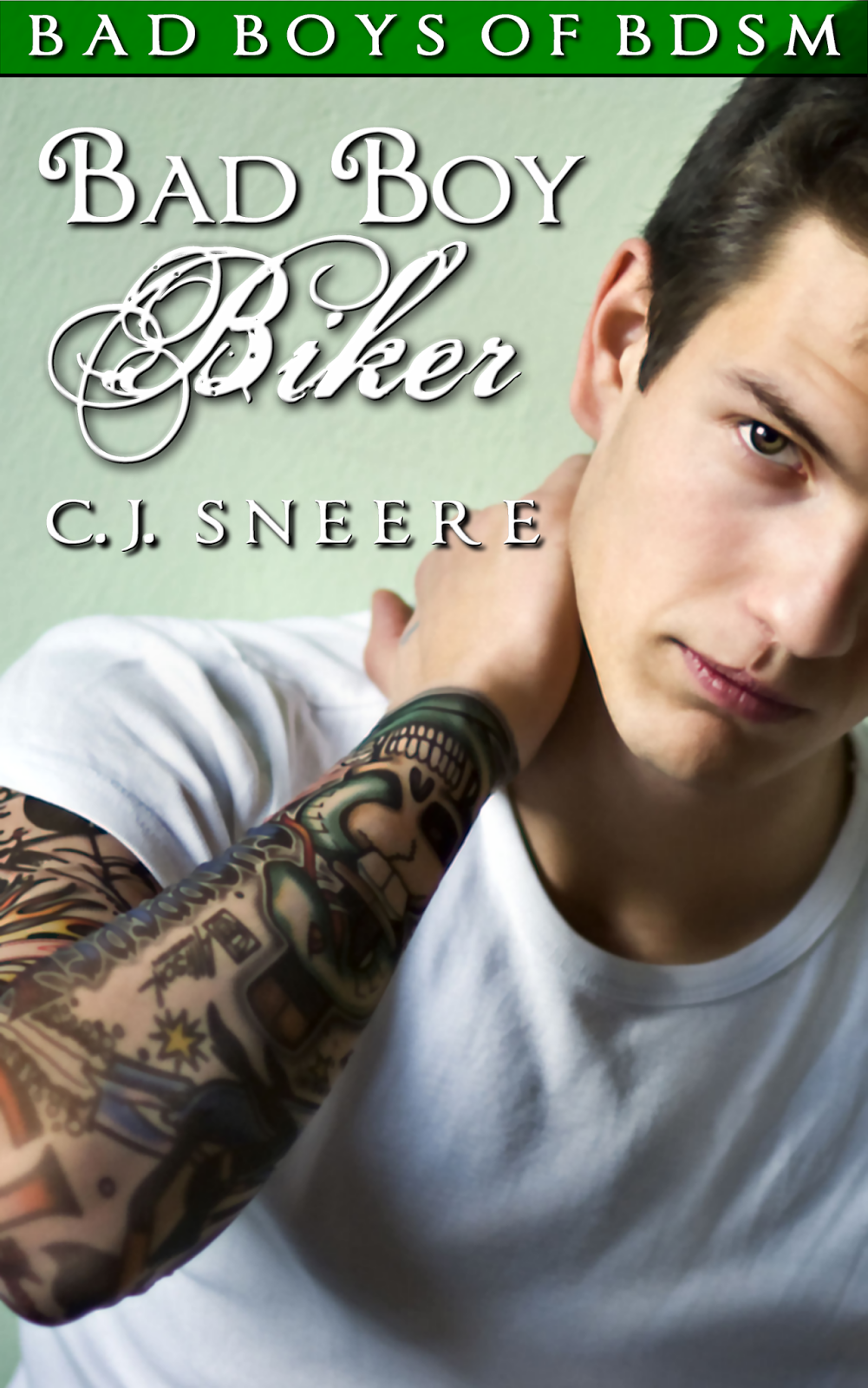