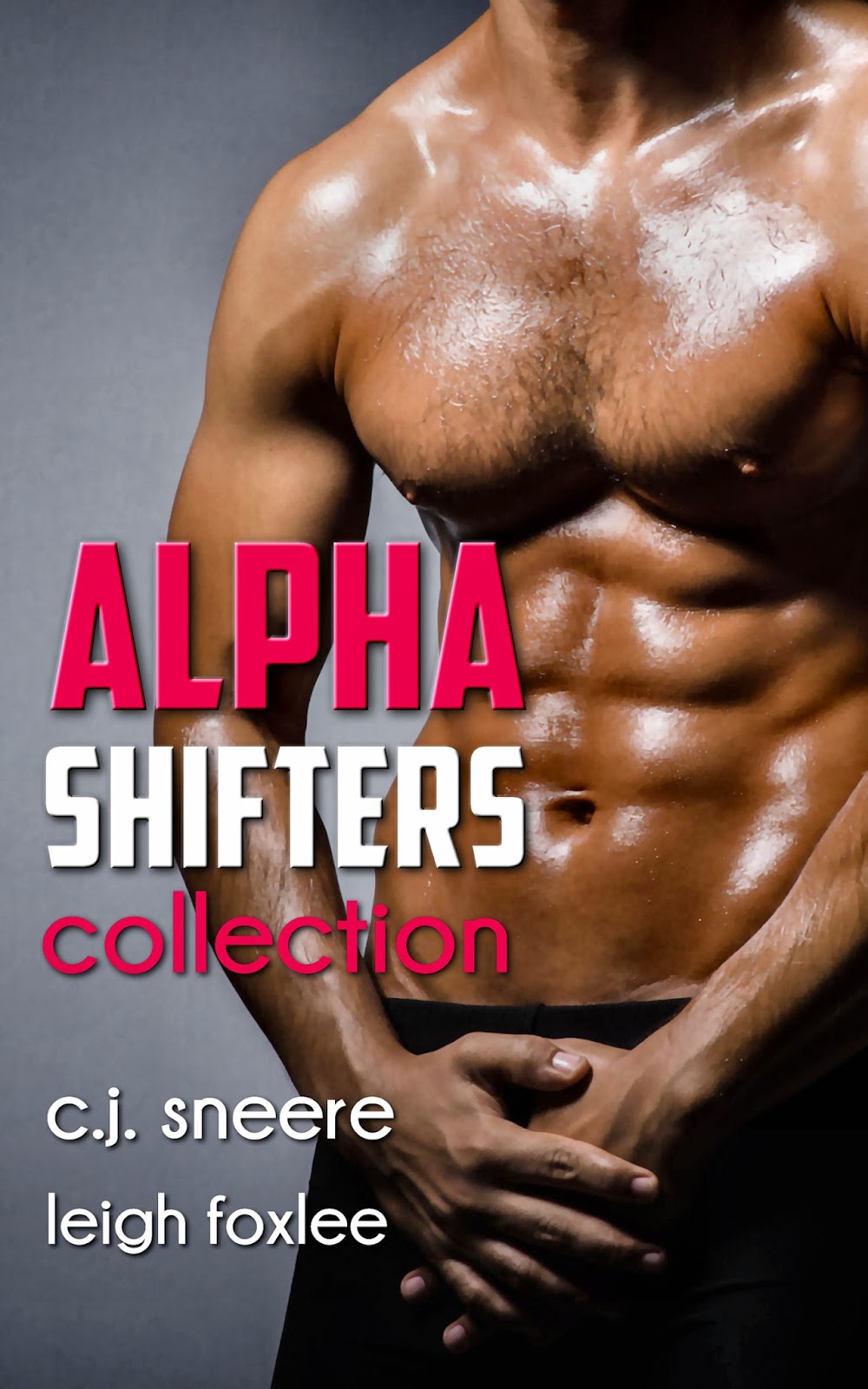 About: Werewolves and werebears. Oh my!

From All Romance and Amazon bestsellers C.J. Sneere and Leigh Foxlee comes this collection filled with hot shifter man love and one tale of mf paranormal romance. A young biker gets tied up with an alpha werebear. After a troubled werewolf stumbles back into her life, a rock star must play Princess Charming. Two werewolf brothers battle over love and corruption. Plus a journey underground with a newly turned werewolf who stumbles into a world where monsters rule and sex becomes an adventure.

Excerpt from Waking Up Werewolf:

A beeping sounded from the vampire’s jeans. He pulled a cell phone from his pocket and read a text message. “Shit. Just once I wish my intuition would be wrong.” He looked at Warren. “Fine, stay or go. It’s your decision. But I do need your help, and judging by the way you handled your lycanthropy earlier, you could use some lessons in handling your new monster side.”

Warren clenched his teeth, flexed and released his fists. “Yeah, I could use some help with that. What’d you need?”

The vampire held out a hand. “I’m Sid. Nice to meet you Warren. I need you to help clear my ex-lover of a murder charge.” He held up the text message, which basically said, ‘I’ve been framed for what happened in the alley.’

Warren frowned. “That was quick.”

“News travels fast in the underground.” The vampire led him down a sinuous hallway, explaining the situation as he did so. “See, Avery, my ex, fell in with some people he shouldn’t have. I suspected they’d come seeking revenge. Now they have.”

Suddenly, he pinned Warren against the wall. The heat from his body penetrated Warren’s skin. He was a handsome man, this strange vampire. His face had that old world patrician look about it. His attitude was confident and smooth. Warren found, gazing into this vampire’s eyes, he could easily be seduced by this man. A mixture of danger and promise wafted off of Sid.

“You saw the murderer. You smelled him, didn’t you?” His soft lips brushed over Warren’s.

“Yes…” Warren stammered. “Yes, I did. He smelled like rotten vegetables.”

The vampire nodded, and when he did his lips skimmed up and down Warren’s, but he denied a full kiss. “Could you identify him if you saw him again? The others with him, too?”

Warren tried to breath normally, and he felt the wolf in him stir. That wasn’t the only thing stirring. His penis twitched in his pants. “I would know him if I saw him again, I think. The others? I’m not so sure.”