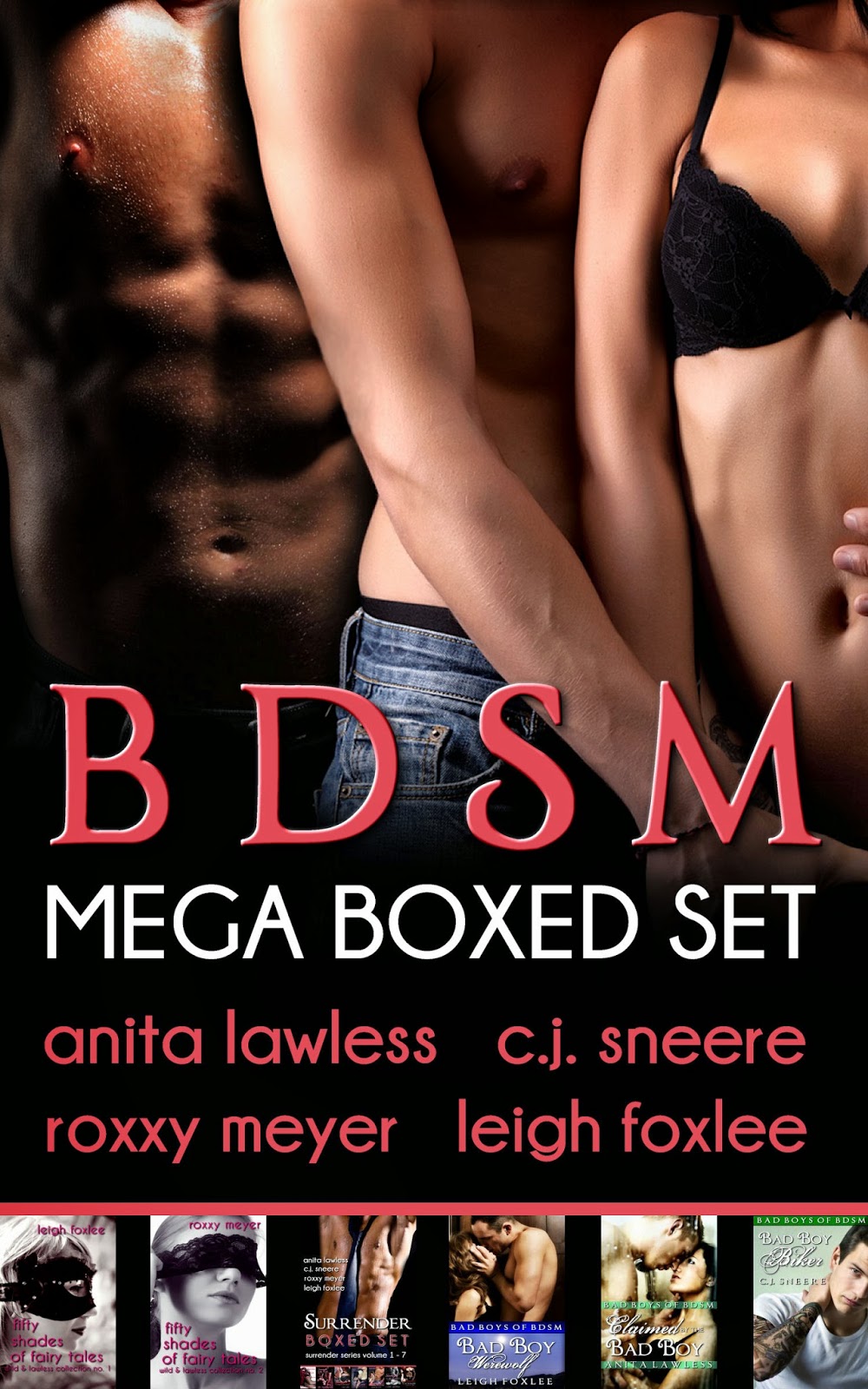 This book is intended for an audience 18 years or older. It contains explicit romance scenes.

PLEASE NOTE: This mega boxed set includes the Surrender Boxed Set. If you’ve already purchased it, you might want to skip this new release, so you don’t end up reading some stories you’ve already read.

Excerpt from Janet The Giant Lover:

“It’s over, Rex,” a smooth baritone drifted through the cracks in the rounded, wooden door. “We both know it’s been over for a long time.”

“Bullshit!” a deeper bass voice boomed. “We can work through this. For Loki’s sake, you haven’t given us a fair chance.”

The other man laughed a bitter laugh. “Haven’t given us a fair chance? It’s been six months since Kama died. We’ve grown farther apart in that time and we both know it.”

His footsteps made the cobblestone floor beneath me quake. I tried to skitter back from the door and out of sight, but I was too late. A towering giant with long, curling caramel hair and eyes that matched entered the dining room I hid in. He was at least two feet taller than me, and he gaped down as I gaped back.

“Well, what do we have here?” He smirked, making his baby smooth face look lecherous.

“I… I was sent by someone,” I blurted as I staggered back and my head slammed into a table leg.

Another giant entered the room. This one was a few inches taller than his partner. His hair was a shorter, shaggy mane of midnight black, and his eyes were a pale amber that almost shone yellow. A trimmed beard lined his lower jaw and a moustache slightly hid his upper lip.

“Who sent you?” he growled, giving me a suspicious frown.

“A woman. She was a giant, like you,” I rambled on about my encounter with the blue-robed giantess outside Aunty Macy’s bookshop. “She said I had to help you. Something about an old guy coming down from the mountain?”

The two looked at each other then back at me. “The ancient one,” the black haired man said.

“Think she’s telling the truth?” Caramel eyes, who was clad in tight brown breeches and a flowing linen shirt, raised an eyebrow at me, then looked back at his partner.

“Did the woman give you a name?” the one who appeared sullen asked this. He wore a vest that looked like it was made from tanned leather, and breeches that matched.

I shook my head.

“We haven’t seen a below dweller in a long time.” Caramel eyes stroked his chin as he regarded me. “It has to mean something, Rex.”

Rex, the brooding one, nodded. “Let’s put her in the cage until we figure it out.” A slow, wicked smile formed, and he reached for me just as I scooted under the table.