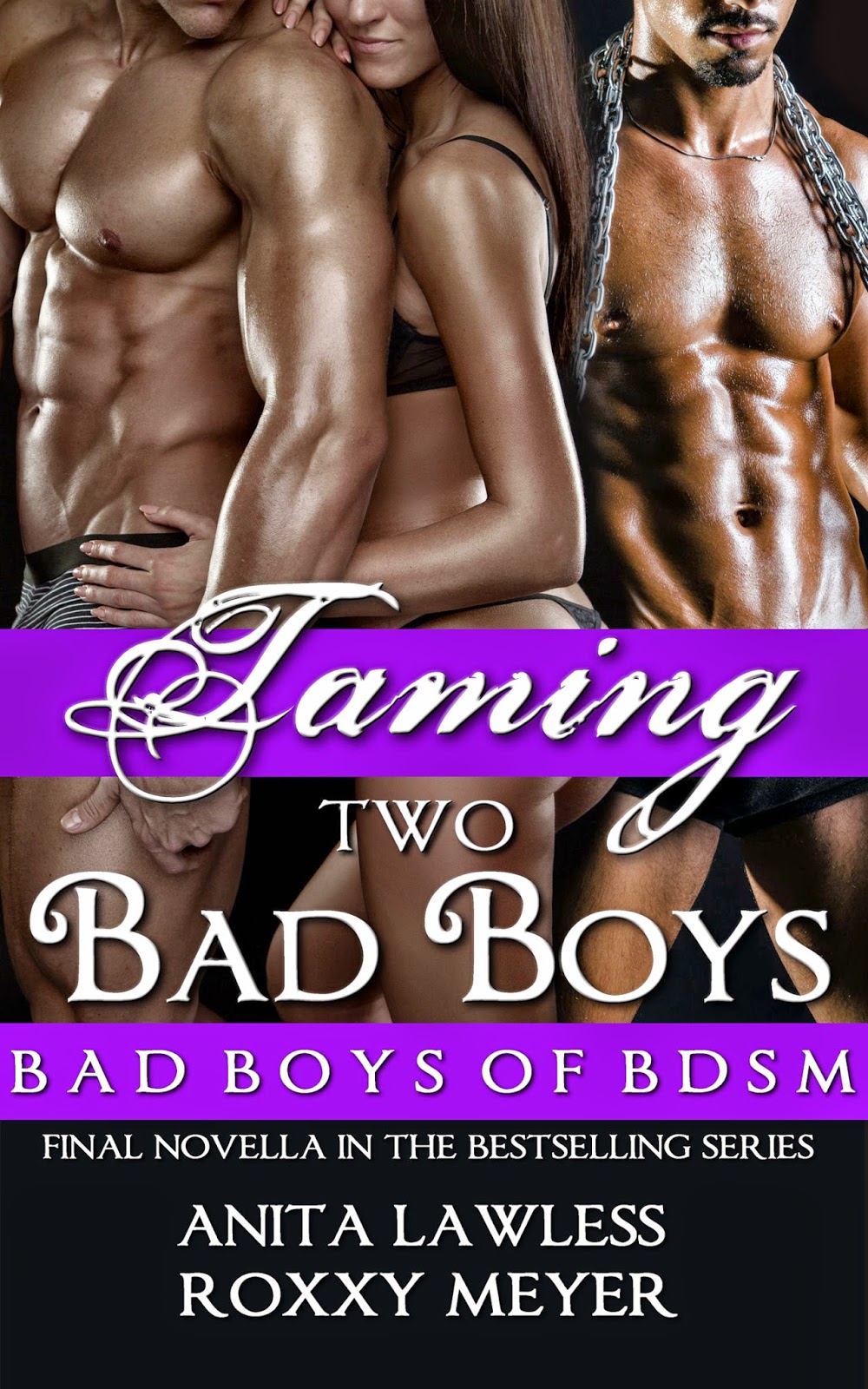 Excerpt: “See you two are getting real friendly,” Lucien snapped from behind them. “Great.”Roane whirled around, but he kept Kylie tight against him, almost in a protective gesture. It warmed her heart, but she didn’t need saving from this surly grease monkey. She could handle him fine, and a part of her enjoyed taunting him.She didn’t bother to zip up her jeans as she slid from Roane’s arms and strutted up to Lucien. “Maybe it’s because your friend knows how to please a woman.”“You saying I don’t?”A menacing, cruel sneer spread over Lucien’s face. He pressed his firm chest into Kylie’s shoulder. She pressed back. Much like with his friend, a spark of desire flickered through her. Only with Lucien it burned hot, raw, and dangerous. “You’d have to prove it to me.” She stood on her tiptoes. Kylie’s lips, still wet from Roane’s kiss, hovered inches from his.His hot breath fanned her face. Electricity crackled where their bodies touched. Lucien cupped her face with one massive paw. “Baby doll, you aren’t ready for that.”Then with a tap of cane and thud of his boots, he walked away.“You’re a coward,” she called after him. “Hiding under all that bravado.”He turned around and glared at her. His expression became that of a hungry wolf about to charge his prey. Kylie wouldn’t be daunted. She met his fierce indigo blue glower with one of her own. She crossed her arms beneath her boobs, accentuating her generous cleavage, and waited for his retaliation.In a flash of blond hair and long legs, he stalked across the show room floor and took her in his arms. Despite the limp and the need of a cane, she learned just how swift this surly Viking could move.His hands and lips claimed her. Lust ate her alive and she became its willing victim. Their hatred boiled over, becoming something far more potent—a searing passion that would burn them both alive.