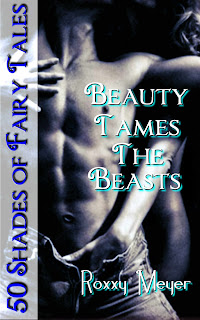 Excerpt: “I need you to talk to the Beast for me,” Daniel says after he closes the door to my office.

“I’m guessing this is about his recent behavior?” I quirk up an eyebrow as he sits in a chair on the other side of my desk.

Daniel Milligan, my boss for over five years now, smiles that smile that makes his black eyes crinkle at the corners. “You know, Bella, I should start paying you for psychiatric services, too.”

I return his grin. At Strength Inc., Daniel’s company and one of the most respected fighter representation firms in the mixed martial arts industry, I’m known as “the calm before the storm.” I earned the nickname thanks to my ability to talk and listen to fighters who’ve hit a rough road and help bring them out of it. I’m no Carl Jung, but I’ve got a way with words and people. I’m a part of the management team, but I often find myself doubling as a fighter’s armchair therapist.

Lately, David “the Beast” Harker, one of our heavyweights and a prime candidate to win the heavyweight championship, has entered a downward spiral. He’s lost both of the last matches he’s fought--a prior unheard of happening in the Beast’s impressive record of only one loss over a career spanning thirty plus matches. He’s been surly to the media, way beyond the image bravado many fighters in this industry use to psych out their opponent. And he’s missed three meetings Daniel has called with him.

It all started when we signed for a match pitting him against current heavyweight champion, Jacques St. Pierre--media darling and a force to be reckoned with in the ring. I’ve never known the Beast to get so unnerved by an opponent, and my gut tells me more than this upcoming title match is bothering him.

I drive over to the Strength gym where our fighters practice and train. There I find the Beast sparring with another heavyweight inside one of the three smaller practice cages we have. He doesn’t notice me approaching the wire mesh until I call out to him.

“Hey Beast,” I say, and his massive head turns. “Come here.” I curl a finger at him.