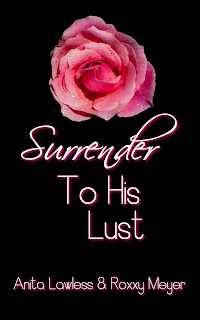 Carrie Brannigan is a single mom with too many bills and two kids to raise. Her only help comes from her best friend Jake Black, a burly carpenter who rents the apartment above her garage. Until she applies for a job testing designer sex toys with a dangerous and sexy dom. In Part 3 of the series, Jake storms out of the house and Carrie must perform at Dom Luke’s sex club without him. Dom Luke takes her inside the Pleasure Dome, a sphere that delivers ecstasy in many ways. Then Jake shows up at the club to challenge Luke, and things get hot between the trio on the club’s dance floor. Plus a new nanny threatens to break apart the bond building between the three.

Excerpt: “You did what?” Jake’s green eyes burn a dark emerald with his anger.

“I told Dom Luke you and I would be happy to perform at his sex club tomorrow night.”

Jake Black, my best friend and the man who rents the apartment above the garage of my Cape Cod style home, has only been working for my new boss Dom Luke Wesley one day and already he wants to quit. Dom Luke is an eccentric sex toy inventor for Surrender Inc., an exclusive sex club and resort franchise that caters to elites and anyone who can pay the entry fee to one of their establishments. Jake isn’t happy about me working for Dom Luke either. He sees sex work as something that’s always predatory and shouldn’t be profited from. Dom Luke and I have different viewpoints on the matter.

“I’m not going.” He sticks his bottom lip out and pouts like a little kid.

“You have to!” I plead, knowing he needs the money as much as I do. I’m a single mom with two boys to feed and a old house to repair. Jake is a carpenter whose work has been slow as of late.

“I don’t have to do anything for that perverted bastard,” he says, jumping off his bed and heading to the door that leads from his small apartment into the garage.

“He’s not perverted,” I yell after him as he storms down the stairs. “He’s got a very healthy attitude toward sex experimentation. You could learn something from him. I already have.”

This stops him. His hand freezes on the scuffed, gold painted doorknob and he whirls on me with a dark scowl. “Yeah, he taught me a lot all right. Taught me that I don’t know you at all.”

And with that he storms out of the apartment, opens the garage, gets into his beat up car, and drives off, kicking up clods of mud as he roars away from the house.

I pad back inside the house, hoping the kids haven’t been woken up by our argument. Fate smiles on me this time, for I find them sleeping snugly in the bunk beds that occupy their room. I breathe a sigh of relief as I quietly close the door then head to the kitchen to think and make a cup of tea.

If Jake really plans on quitting his new job testing sex toys, and now performing in sex clubs, then I have to prepare an explanation for Dom Luke. And who knows if Jake will babysit the kids while I go perform as planned. Since it’s a nighttime engagement at the sex club, the kids won’t be in school, so in case Jake doesn’t pan out I decide I’ll ask Mrs. Granger across the road to look after the boys for me. Now I’ve just got to come up with a reasonable explanation for needing her, since I can’t exactly tell her I’m working for a British dom who’s part of the sex industry.