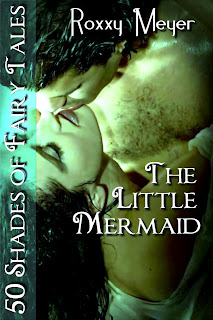 Excerpt: I button up my thick cable knit sweater and let the wind whip my strawberry blonde hair about my pale, plain face as I walk from my Honda to Sydney Harbour. Fat seagulls are out in full force today, giving me a baleful eye that says if I don’t have food I’m not welcome in their territory. For all their puffing of chest and squawking, I know the birds are harmless, and I grin at their antics.

I board my boat, the Sea Enchantress, and wait. I’m sure there will be no late comers for a charter boat tour today. I use my grandpa Horace’s old lobster boat to take folks on whale, seal, and puffin watching tours. But I can’t really compete with the fancier setups many other charter companies have and I’m barely hanging on to my tiny, one person company.

Still I keep the boat to feel close to Grandpa Horace. It’s all I have left of him, after he disappeared into the Atlantic Ocean on one trip out to her watery depths. The Sea Enchantress came back without him, and Horace Griffiths was never heard from again. But if business doesn’t pick up, I’ll have to sell the boat soon and look for a source of income elsewhere.

“He’s still alive out there, somewhere,” I often tell my mother, who my grandparents had helped out after she became a single mom with the death of my own father, who was killed by his watery mistress. At least his body was recovered.

Mother just shakes her head at me. “He’s gone, love, and he isn’t coming back. Let him rest.”
But no matter how many years pass, I still can’t shake the feeling my grandpa, a lobster fisherman and charter boat captain before me, is still out there somewhere. And one day I will find him.

Just as I’m checking over the boat, two men walk down the pier toward my vessel.