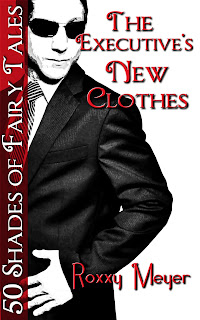 Excerpt: Ethan snuggled up behind me and we spooned after our usual dynamite sex. He kissed my ear and I shivered, smiling sleepily as I nestled my head deeper into the pillow. I was warm and comfortable, and in a perfect world I’d never have to move.

But this isn’t a perfect world, and my cell phone picked that moment to trill its Donna Summer ringtone--She Works Hard for the Money.

Ethan groaned, and I wiggled my bare butt against his growing erection.

“Hey.” He swatted my thigh. “Not fair. You’ll end up answering that, and--”
“I don’t have to.” I turned in his arms and swept my fingers down his lightly haired chest, smiled up at his boyish Jude Law face.

He stopped my hand just before it curled around his hard on. “But you will.” He smiled, and I tried not to see the disappointment in his expression. “You’re Katey Kitteridge, fashion designer and creative director extraordinaire. It’ll kill you to let it go.”

I kissed the tip of his nose, ruefully edged away from his irresistible, lithe body and warmth. “Just ten minutes,” I told him as I bent to grab my cell from my pants pocket.

“Right.” He grinned. “And pigs will fly this Tuesday, or so I’ve heard.”

I shook my head and threw a stray sock at him before I punched TALK. “Hello?”

“Katey, I need you at the office STAT.” My no nonsense boss and longtime friend, Lynette Perkins, had just ruined my morning quickie.

“What’s up?” I asked her, casting an apologetic look at my best friend and amazing photographer, Ethan Whittaker.

Ethan nodded knowingly and got out of bed. My gaze followed him to the bathroom door, not missing the guilt-tripping pout he sent my way before he disappeared inside. Before he did, I mouthed, “I’m sorry,” again.

Lynette cut through my guilt, giving me details that had my heart racing and my anger climbing. “Blaine Devereux wants to personally commission you to make a suit for him,” she said in a rush, her usual calm, cool voice rising with excitement. “This is big, Katey. Real big. This could put us in the ranks with brands like Gucci, or at least get us rubbing elbows with them on a more frequent basis. This will make your name as a designer. You could open up your own house.”

I tried to quell the anger rising in my gut. Lynette and her husband Jake were not only my bosses, they were my best friends. We’d worked together in the fashion industry from day one, and we’d gone to college together. People called us the three musketeers. I knew this was big--Blaine wasn’t someone you said no to, but I truly detested the man, solely based on reputation alone, and I had no desire to work with him.

“Blaine Devereux,” I simply said, trying not to give the depth of my loathing away. “But he hates women.”