Surrender Ever After: The Complete Surrender Series Volume 2 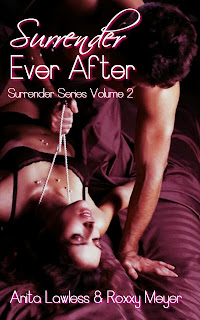 Surrender Ever After
The Complete Surrender Series Volume 2

About: Surrender Ever After, the complete Surrender Series Volume 2, by Anita Lawless & Roxxy Meyer includes all four stories of Carrie Brannigan’s experience as Dom Luke Wesley’s mistress, sex toy employee, and lover. She is torn between him and down to earth carpenter, Jake Black, who also comes to work for the eccentric British dom, and to be seduced by him. Within the halls of Surrender Sanctuary can this trio fall in love, or will hot tempers and guarded hearts force them to separate?

Excerpt: The roof is beyond leaking. If I don’t get someone in soon, the entire attic might become a swimming pool. 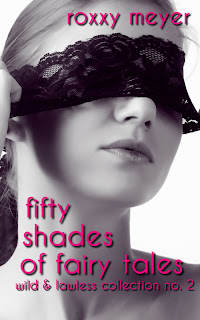 Also, readers, head over to the ARE Cafe Blog for a sneak peak at the new Wild and Lawless 50 Shades of Fairy Tales collection. You can read Beauty Tames The Beasts for free!
Posted by Unknown at 12:23