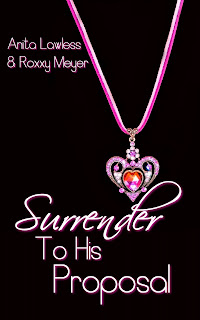 About: Carrie Brannigan is a single mom raising two boys after her husband suddenly leaves her right after her mother’s funeral. Money is scarce, and if she wants to fix her house and put her son Preston in hockey, she’s going to need a second job. A strange advertisement in the paper offers her just such an opportunity, but how will her best friend Jake Black, a carpenter she rents her garage apartment to, feel about her taking a job testing sex toys for an eccentric dom who also designs said pleasure devices?

This is Part 1 of a four part series that continues the story of Surrender Inc., an exclusive sex resort / club franchise where the elite go to play. For more Surrender, check out Surrender Forever, Volume 1.

Excerpt: The roof is beyond leaking. If I don’t get someone in soon, the entire attic might become a swimming pool. 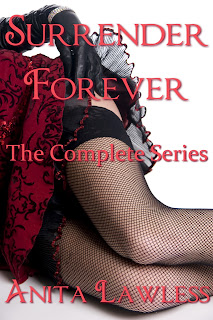