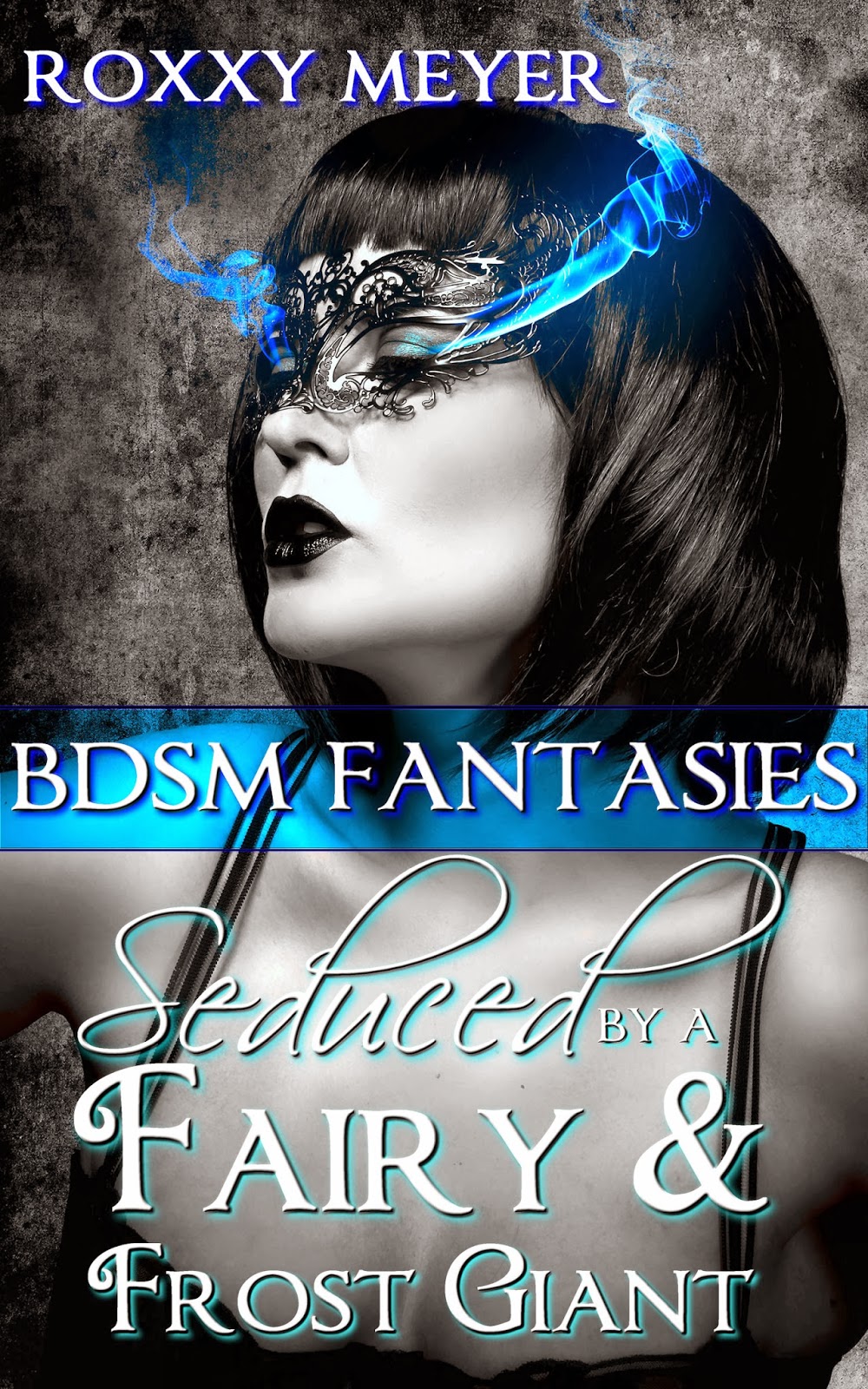 About: Samael is a night guardian and an air fairy who is in love with her fellow gatekeeper, Adrian. But Adrian has promised herself to a frost giant from the Nordic realms, and Samael let her true feelings be known too late. Now Samael uncovers an otherworld full of corruption and lies when Adrian and Hathgar, her frost giant mate, reveal an assassination plot that could tear the dimension of fairy apart. Will Samael join Adrian and the frost giant in their plan to stop this treachery, and become their energy mate in the process?  This bdsm fantasy short is a mff romance.

Excerpt: Adrian’s blue-black hair shone in the moonlight, and Samael struggled to tear her gaze from the beauty of her night warrior companion. They’d guarded this swamp for some many eons together, yet Samael still could not claim Adrian’s love. Had she only confessed her real feelings for the air elemental long go, things would be different between them now.

They would be more than comrades—appointed guardians to the gateways that thinned around the swamps at night and left the doors to Fairy open for any unsuspecting mortal to wander in. They would be lovers—entangled in one another’s arm when day broke in the human realm, retreating back to their timeless world to roll in eternal green fields. Their free hours would be spent in sensual repose, with frantic, lustful tongues, kisses, and caresses.

But it was not to be for them. Adrian had met Hathgar—a giant with crafty charm—in the Nordic realms of fae, and he had captured her heart. Adrian had allowed Hathgar, by Nordic elemental customs, to claim her as his spirit whore. Or, at least, that was how Samael, in her quiet jealousy, saw it.

Within the plane of Fairy, there existed but one need these elemental spirits had to satisfy. They had to feed on the energy of one another in order to survive.

Some tribes of fae exchanged energy freely, and they did not mate for any period of time with one particular energy. But in some cultures within fae, there was a practice of taking one energy exchanger for a contracted period of time.

Barbaric practice, if you ask me… Samael chided herself for the unkind thought. She knew that all tribes of fae had their different ways and none were to be judged for it. Had they not learned from watching humans how deadly judging could be?

Samael adjusted her talons on the high branch and sighed. It was a slow night in the swamps that bordered the deep forest. None of the tricksters among their kind had gotten up to any real mischief. Unless you could count a surly, drunk gnome that had tried to give Adrian attitude when she’d stopped him from carving his name in a sacred oak.

Most evenings were as silent as a tomb lately. But they’d expected this time to be peaceful, what with the Samhain Sabbat approaching. The fae observed this old Celtic rite in remembrance of their once strong bond with humankind—a bond forged on mutual trust and a deep respect held by the humans of long ago for the elementals. That link was severed long ago, but the observance of this time of the dead, the Celtic New Year, and the death of the king were still held sacred by the fae. Even the tricksters would not dishonor Samhain.

“Do you hear that?” Adrian swooped close on her strong owlish wings. Her cool cheek brushed against Samael’s lips and she shivered.

“What?” Samael grabbed Adrian’s snow-white arm and looked around quickly for signs of life.

“I thought I heard laughter coming from the woods.” Adrian nodded toward an area across the stagnant pond. “Should we go in and see?”

And thank you again for making our Surrender Series Boxed Set a Bestseller at All Romance Ebooks and at Amazon! We appreciate it so much, we're thinking of extending the sale. Currently, it sits at #14 in Romance at Amazon.com, #44 in Romance / New Adult at Amazon.co.uk, and at #27 on All Romance. It's still 99 cents, so if you haven't picked it up yet, just click on the links below its book cover to grab your copy now! 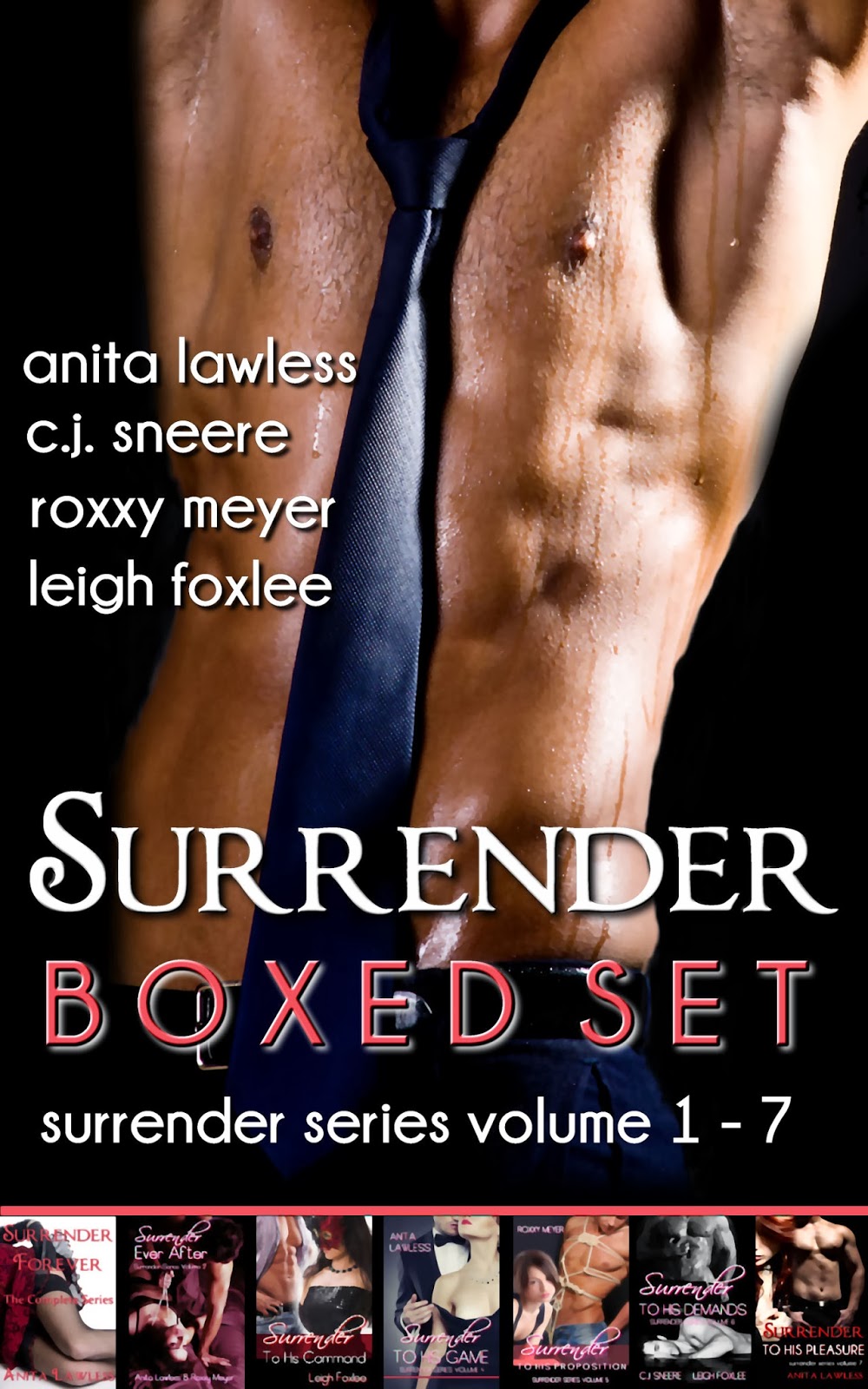