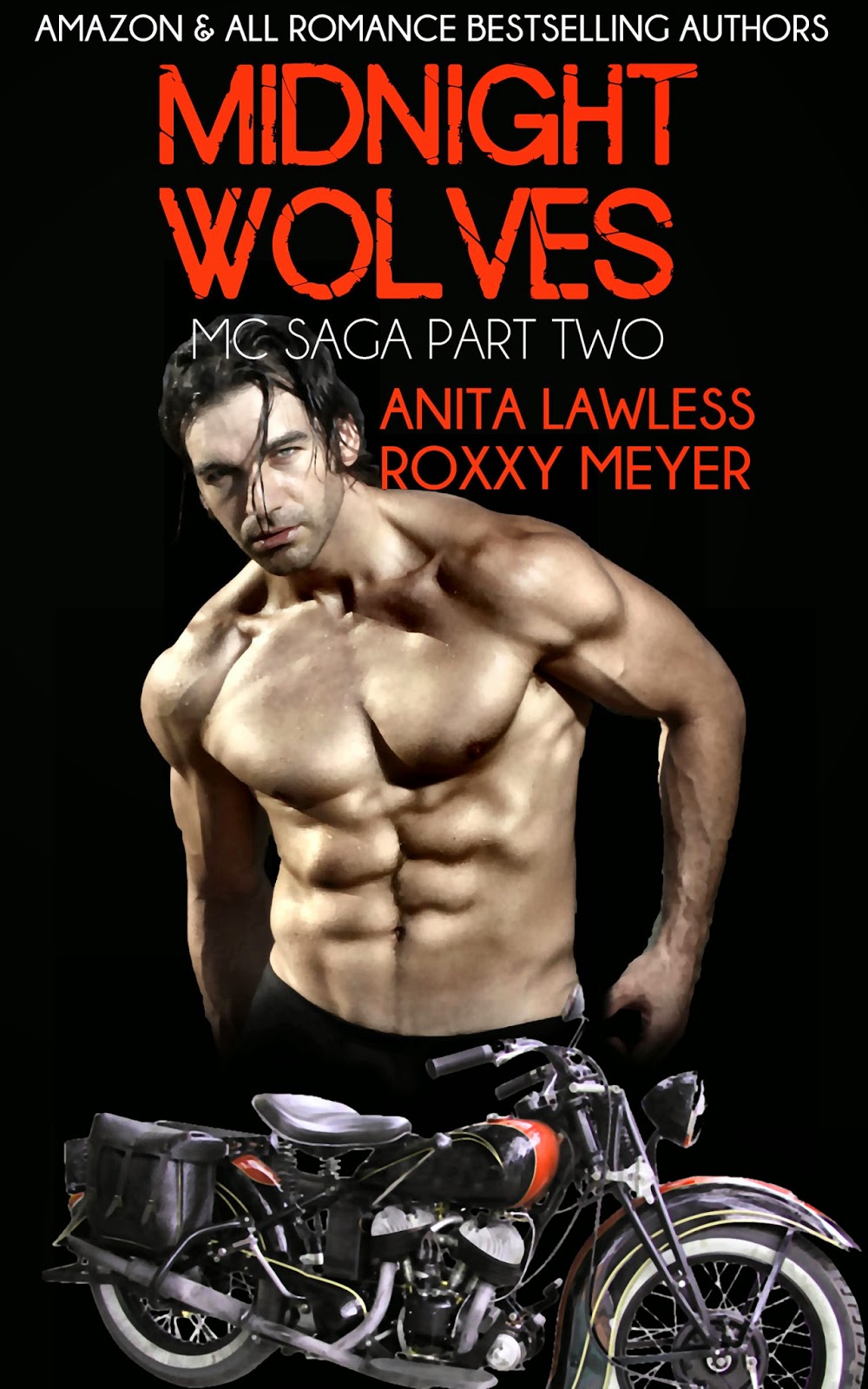 About: “The devil rides our shoulder. The wolf roams in our heart. It’s who we are.”
These words brand Eris Myers with a dark legacy. One filled with blood, bullets, and betrayal.
As the only daughter of Colby ‘Madman’ Myers, she’s grown up surrounded by chaos and danger. Her father is the president of the Midnight Wolves motorcycle club and he’s alpha of their werewolf pack. Now he’s disappeared after being double crossed, and it’s up to Eris and three men she loves and loathes to clear his name and stop a biker / shifter war.
Part Two: Tension mounts after Ash discovers Eris in the arms of their best friend, Joe Hartnell. To keep them from killing one another, Eris puts some distance between herself and Joe, but the weregrizzly isn’t pleased. After Eris uncovers a startling secret, she doesn’t know who to trust, and Mama Dee shocks everyone with her plan to bring Dog Lucas down.
PLEASE NOTE: This is a serial novel saga with cliffhanger endings. Each part is approx. 10k or more. Part Three will be released in April 2015. Sign up to our newsletter for release announcements: http://eepurl.com/ba4jiP
This ebook includes:
Midnight Wolves Part 2, Book 1
Bonus Excerpts
All parts have an extreme heat level. This is a MFMM ménage romance.
Did you miss Part 1 of Book 1? You can pick it up now at all our outlets. Click the book cover or link below it for excerpt and buy links. 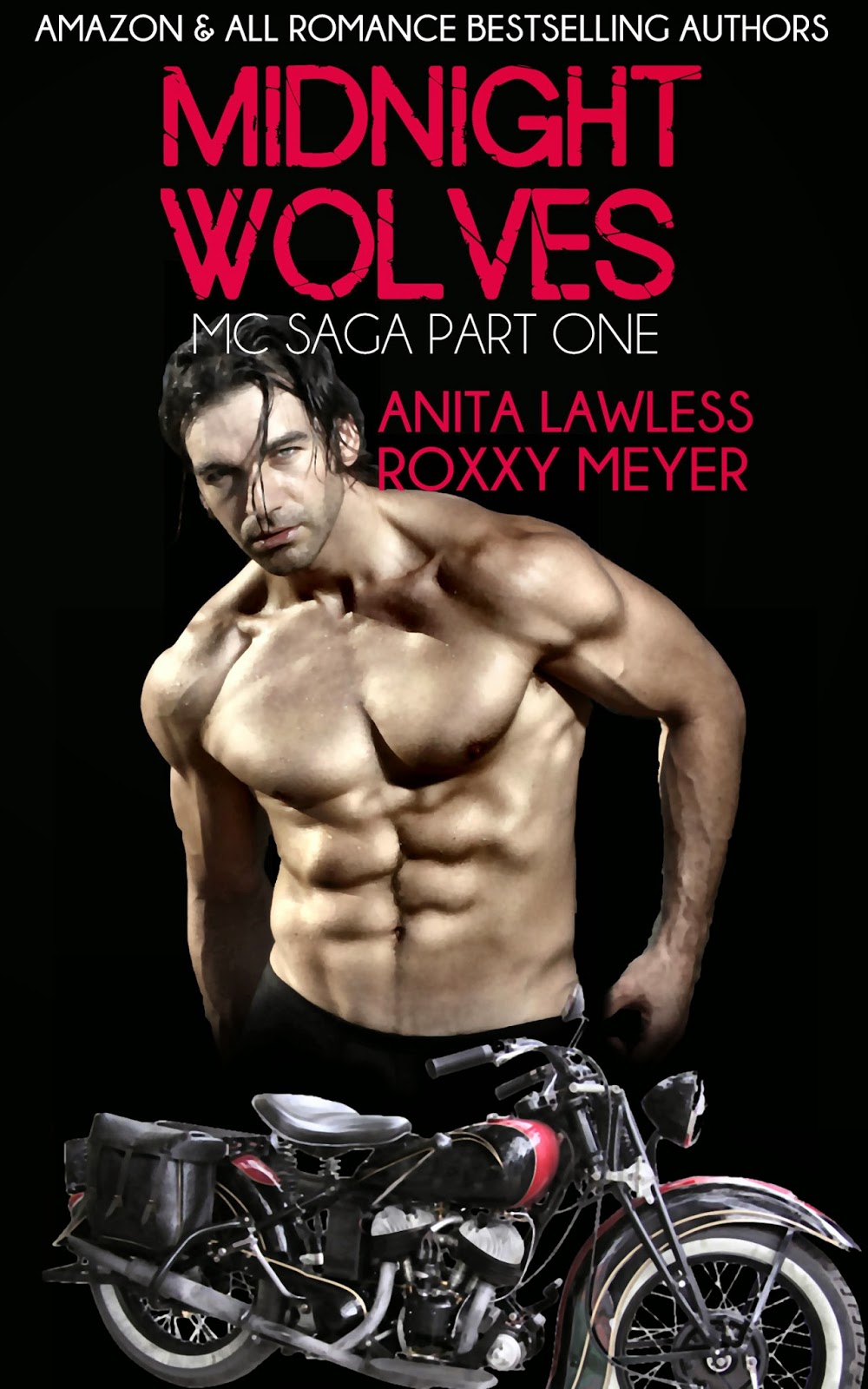 
Excerpt from Part 2: Joe returned to the room a couple minutes later. “Ash took off?”

Leaning against the counter, Joe crossed his tattooed arms over his massive chest. Eris caught his gaze and she knew he suspected something. Weariness settled over her like a heavy blanket. She wasn’t up for another confrontation at this late hour.

“He say anything to you? About us?”

Eris looked up and sighed. It’s three in the morning, Joe. He’s tired. He just took off.”

Joe drew closer, pulled out a chair, and sat. He placed his elbows on the table and leaned over, just like Ash had moments earlier. Eris was growing annoyed with their intimidation tactics.

She rubbed the bridge of her nose. “Yeah, he knows, and he isn’t happy. But I don’t really give a shit what Ash Holden thinks. Remember?”

“Come to bed.” He laced his fingers through hers and drew her hand to his lips to sweep a kiss across her knuckles. “Let’s finish what we started earlier.”

The touch seared her nerves, made a spark between her legs turn into a fire. But that heavy pall of weariness won out.

“I’m exhausted.” She pulled her hand away and rose from the chair. “I just want some sleep.”

In exasperation, Eris threw her arms in the air. “What does this have to do with Ash? In the last two days, I’ve had maybe four hours sleep, if I’m lucky. I’m tired, Joe. That’s all.”

He got up and towered over her. “Right. I’m not as stupid as I look, sweetheart.”

She grabbed the sides of her head and pressed, as if physically squashing her frustration down. She wanted to scream at Joe to get over it, to believe her, but she was just too drained for an all out battle at this hour.

Part 1 is now available at Kobo and Nook.