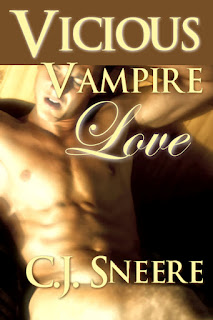 About: Warren Lindstrom has it all--a lovely girlfriend, a great job, a loyal dog--but it all comes crashing down around him after a werewolf attack lands him with lycanthropy and he's introduced to an underground world full of monsters. Now Warren must help a sexy vampire clear his ex-lover, a brawny troll, of a murder rap, plus bring down an organization called Purity, who wish to wipe monsters off the face of the earth.

Excerpt: "Why do Purity want to wipe out monsters?" Warren frowned curiously at Sid as he pulled his clothes back on.

Avery was the one to answer, as he pulled some cushions closer to the bed and sprawled out on the floor. "It's a misguided attempt to protect the human race. The agency thinks our existence is a threat to homo sapiens."

"Yet they seem to forget we supernaturals swore off killing humans years ago," Sid spat. "We're no threat. They're just a bunch of xenophobes and murderers."

"So, you don't kill humans?" Warren looked between the pair. "I thought vamps drank blood, and that werewolf in the park sure seemed ready to kill me."

"We feed off each other these days," Sid told him. "Remember what I told you about sex? We can't breed, but sex is a multi-purpose tool for us. We use it to exchange information, bond, and we feed off the energy of the orgasm. It staves off our other hungers."

"Pleasure, too," Avery said, giving Warren a blatant up and down perusal. "We have sex for pleasure."

Sid nodded and arched his eyebrow at Avery. "It's a part of the feeding and bonding process."

Warren sat silent, taking all this information in. Only 32 days had gone by since his werewolf attack in the park. Since that time he'd lost his girlfriend, Tamara, the day he'd planned to propose to her, witnessed a werewolf's murder in an alley, and been dragged underground to a city of monsters by a vampire. Oh, and he'd met a towering troll named Avery. At the tail end of all these thoughts, little Tulle popped into his mind.

"Look, I know we've got important things to do here," he said. "But is there any way we could get to my dog? She's probably scared shitless." Literally, he thought. He was sure he'd find a mess under his bed when he got home.

Sid looked to his troll ex-lover. "Avery can go grab her for you. You and I should really get to Council Headquarters."

Warren grabbed the vampire's wrist as he went to stand. "Wait a minute. He can't go out there anymore than I can. The killers will be looking for him, too, I'm sure."

"And the Council Hunters," Avery said as he rose up from his pile of pillows. "But I'm safer above than below, until the sun goes down at least."

Warren tilted his head at the troll. "Why's that?"

Avery gave a wide, toothy smile. "Contrary to myth, trolls don't turn to stone with the sun. We go invisible when daylight touches us."