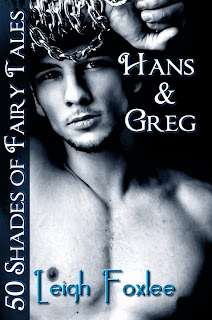 Greg Butler is an executive editor who's willing to do anything to climb the corporate ladder. When his boss assigns him to the dreaded Darmoor murder legend story, though, he gets more than he bargained for. A sexy witch named Hans has a story to tell, but if Greg wants his secrets he's going to have to play in Hans' dungeon, and by his rules.

Excerpt: "I love getting head from a man with a goatee." My boss Derek sighed out the words and sat back in his chair while I slurped my way down his erection. Through grunts of satisfaction, he continued, "I need you to do the Darmoor murder legend story this year."

I stopped sucking, wiped a bit of pre-cum from the hair beneath my lip. "No goddamn way."

He pressed a finger to my lip, then pressed my head full of dark curls back into his crotch. "But I need you to go out there and interview Hans. We need something more this time. More meat on the bones, ya know what I mean?"

I stroked his thick, pinkish brown cock, pulling my mouth away to mock him. "Did you intend to make that terrible pun, or …"

"Yes sir," I grumbled around his penis.

Derek Tremblay was the editor-in-chief of the Sudbury Review, a medium-sized newspaper publisher in Sudbury, Ontario where I'd worked for the last three years. I was an acquisitions editor who doubled as a reporter when I first got the job, but after expertly sucking Mr. Tremblay's cock I quickly moved up the Review's ladder. He made me his executive editor after we started fucking. I take that as a compliment.

My name is Greg Butler, and I'm a journalist, which you probably already guessed. Well, truth is, these days I don't go out and get the stories much anymore. I stay in my nice, cushy exec office and edit them. Believe me, it's still hard work red penning those puppies, particularly when we get a new crop of journalists fresh in from college, but sometimes I miss going out there and getting into my work, too.

However, not a journalist at the Review wanted to cover the yearly Darmoor murder legend story. Though not an old legend, only ten years have passed since the event, it's well known and just scandalous enough to make the little town it happened in … well … legendary.

So why doesn't anyone want to cover it? Well, in the past we'd do a boring blanket story. Someone would go down to the archives and pull up all the old files on the murder that happened in the sleepy little suburb of Chestnut Lane, only a fifteen minute drive from my office in Sudbury. Not exactly thrilling reporting, combing through archives and sneezing your way through a decade of dust.

But to get to Hans, the center of this local melodrama, I'd have to go all the way out past Chestnut Lane, into a rural district that was bordered by an old growth forest. No one had gone to interview Hans in years, and he rarely allowed strangers in his home, or so I'd heard.

Hans Muller was a witch who had been accused of murdering his lover. He was cleared of the charges due to lack of evidence, but most of the Darmoor people still think he did it. Hans keeps to himself on a little piece of land at the Darmoor limits. And it looks like I'm going to be his houseguest this weekend.

And don't forget to also pick up Snow, a new fairy tale from Courtesan Press! 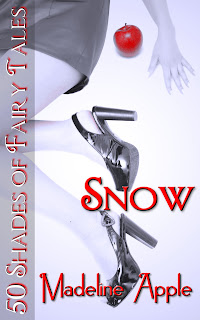