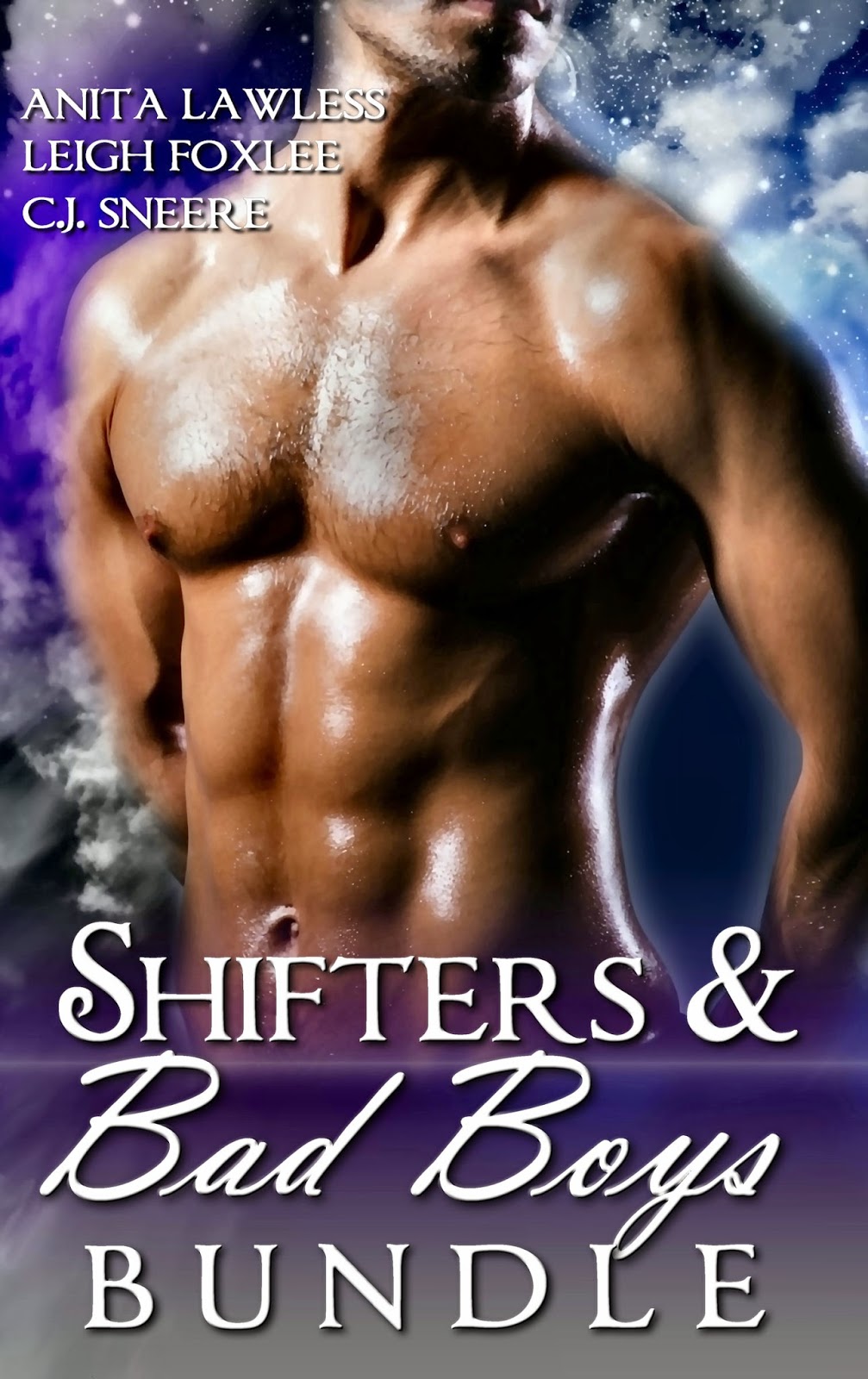 “You’ve got to be joking.” I crossed my arms over my breasts, scowled at the former glam sensation sitting in the chair next to me. Then I glared at the executor. “This is ridiculous.”

“Bloody right it is,” Lenny muttered.

The executor cleared his throat, looked over the will once more. “Those are your brother’s terms, Ms. Logan. You are to own the Purple Pleasure Dome, and live in the apartment above it, with Mr. McDougall, for one year.”

“There is no way I can live with her for a year.” Lenny blew a thatch of teased hair from his dark brown eyes.

I raised an eyebrow at him, met his look of contempt with one of my own. “It’ll be a picnic for me, I’m sure.” To the executor, I said, “What if I walk away, refuse to do this?”

He scanned the terms. “Then you forfeit the rights to your brother’s Vavoom shares, also.”

I frowned at him. “Excuse me?”

“I don’t believe I asked you,” I snapped, catching his shrug in my peripheral.

Ignoring me, Lenny leaned forward, placing his long fingers on the desk. “What if I forfeit?”

The executor sighed. His expression grew tired. “Then you forfeit your investment in the Purple Pleasure Dome.”

Lenny drummed the desk. His angular, handsome face grew taut as he appeared to consider this. “Apartment and all?”

Nodding, the executor folded his hands in front of him, placing them atop the blotter.

“Sonofa...” Lenny sighed, gave me a dark scowl that turned his beauty ugly for a moment. Then he sat back in his chair and chewed a fingernail. “I can’t believe that bastard did this to me.”

I shot him a glare, wishing it really held daggers. “To you? I’m his sister.”

He waved a non-committal hand at me, barely glanced my way. “Yeah, but you two didn’t always get along. Doesn’t count.”

“Doesn’t count? Bullshit!” I stood up tall, stretching to my full five-foot-four, jutting my tits out more than I meant to. Lenny had a good eyeful of pert, medium-sized boobs. He noticed I caught him staring, and gave a lecherous grin. I blushed. If we weren’t in the executor’s office, I’d have clocked him one.

“Please, Ms. Logan, sit down,” the executor admonished, and Lenny snickered, adding to my embarrassment—and my desire to hit the bastard my dead brother once called best friend.

“So, let me get this straight,” I said, after a deep, calming breath. “After one year, I can sell my half to Lenny, take my profit, and get away from this derelict?” I pointed.

Lenny shot the daggers this time, and muttered something under his breath I couldn’t make out.

It wouldn’t be so bad, though, I reasoned, as Lenny and I left the lawyer’s office. I’d be at the institute most days. Studying to be a financial planner took up a huge chunk of my time, so it wouldn’t be hard to avoid each other a lot.

This was my brother’s poor idea of a practical joke. I could almost see him laughing at the two of us, from some afterlife in a dimly lit bar. Bastard. He and Lenny had been best pals since Grade 11, when Lenny had moved to our small town. Back then he was a wannabe rock star with a laid back attitude, and as much a practical joker as Alan. Me, I was more like my parents. Practical, studious, and emotionally cautious.

Lenny and I were like oil and water. Though I only knew him a short time before my parents split, and I went to live with Mom while Alan stayed with dad. My brother, ever the rebel, had stayed best friends with the now ex-rock star until Alan died climbing Mount. Fuji.

One year with a bad Marc Bolan knock off. I would survive.

I got back to the store late from the institute, and Lenny had already locked up. Fumbling for my key in the rain, I cursed him while I let myself inside.

So far, ten days spent with him had its ups and down. In one word, Lenny was boisterous. Learning about sex toys with him was an adventure, to say the least. He exuded a natural sexuality that was hard to resist, I had to admit. His brown eyes were almost black, and he had a way of using them on women. I’d watched him seduce a lady customer with those lost little boy expressions he’d give, and he’d tried the tactic on me more than once over our short time together. If I was honest, living with him was a kind of sexual hell. Sharing the apartment with him was especially tortuous, since he made sure to walk around in next to nothing often. Came out of the shower dripping wet in the tiniest towel possible. While he wasn’t a bulging muscle man, Lenny was fit and nice to look at. Tall and sinewy, but not too thin. Just the right amount of weight and muscle on him.

So far I’d resisted his charms. While I wasn’t a prude, I was a virgin. Oh, sure, I’d researched sex, popped my cherry long ago with the help of sex toys, but I’d never had a live penis in my pussy. The way I saw it, sexual release was great, but men were a pain in the ass. Love was an even bigger pain, and I wasn’t about to let either veer me off course with my life plans.

Still, I had thought for a while I’d like to just get it over with. Experience sex with a warm, sexy male, even if it just happened once. And Lenny was a viable option.

The interior of the store was doused in shadow. From the back room, a sheet of light spilled across the carpet. I left the lights off, let my eyes adjust to the darkness, and crept forward. The sound of two people talking came from the storage area.