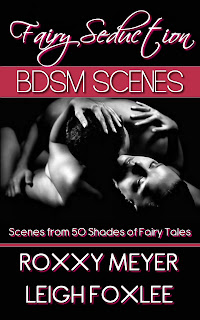 This collection includes scenes from:

The pair of giants stuck me in a gargantuan gilded jail that reminded me of an oversized birdcage. Sadly the bars were placed close together, so there was no escaping my prison. At least not yet.

Logan AKA caramel eyes stayed with me in the spacious master bedroom where the cage was located. While Rex, the dark brooding one, left us alone. Now Logan sat on a big four poster bed, laid out with a silky plum colored quilt and matching curtains and pillows. He braced his fists on the mattress, leaned forward, and studied me.

“Why are you here really?”

“I told you.” I lifted off the multi-colored cushions sprawled across my cage floor and went to the door to return his stare. “A woman sent me.”

He raised an eyebrow. “Kama?”

I wrapped my fingers around the bars. “I don’t know. She ran off before I got her name.”

I gave him a description of the giantess.

His eyes went wide then his handsome, baby face pruned in distress. “That sounds like her, only that’s impossible.”

“Kama’s dead.” Logan drew closer to the cage and sat on the cold, cobblestone floor beside it. “She was our wife, and she was a diplomat with the Royal Council of Lowland Giants.”

He smiled. “That’s us. Mine and Rex’s people. Kama and some others went to have peace talks with the mountain giants, but it ended badly.” His smile dropped and he looked away.

I touched his arm through the bars. “What happened?”

“She and three others in her traveling party were killed by mountain giants. War scouts were waiting to ambush them.”

I grew more curious and more confused. “How would she expect me to help you?” A ghost had sent me up a beanstalk. This was just too bizarre.

Logan shrugged and his eyes drifted as he lost himself to thought. “I don’t know, little one. I just don’t know.”

I changed the subject then. “So…what do you and your husband plan on doing with me?”

His smile was gleaming, wide, and salacious. “Well, I have a few ideas.”

And at the mention of his ideas, I had one of my own. Judging by his carnal up and down perusal of my generous curves and breasts, my plan to spring this prison just might work.

I tugged my tank top farther down, exposing ripe, round cleavage. “Really? What did you have in mind?”

Part of me wondered what kind of chance I was taking here. After all, who knew what size of penis a giant would be packing. I wasn’t too worried about protection since I was on the pill, and maybe giant’s had condoms. Who knew? It was a risk I was willing to take to get down that beanstalk and back home.

As if reading my mind, he said, “There are some things you should know about a giant first, love.” Through the bars, he brushed my cheek with big, rough fingers. “We’re big everywhere, and we like rough sex games. Are you up for that?”

I swallowed and steeled my courage, jutting my chin and breasts higher. “I can take anything you can give.”

He chuckled at my bold statement. “Well, I’ll go easy on you just the same.”

He opened the cage and stepped inside, then he locked my prison door behind him. My heart sped up as he walked closer to where I stood atop a floor covered in large round cushions.

As he leaned in to kiss me, I asked, “What about protection?”

He pulled back, looking concerned. “Yes, the last thing we’d want is you getting knocked up with a giant baby.” His eyes widened. “I’ve seen what trying to birth one does to a human from below.” He pruned his face and shook his head. “Not pretty.”

He smiled his shark smile as he leaned in again, and I pressed a hand to the deep valley between his pecs. “Then we have nothing to worry about. Giants, you see, don’t have to worry about sexually transmitted diseases. We’re lucky that way. We’re immune.”

I took his word for it, deciding, if I were lucky, maybe I could get the keys off the belt on his breeches and slip this place before we got to third base. Keeping my eye on the golden ring that held my ticket to freedom, I puckered up and took his kiss.

He had to kneel to lick the seam of my lips, which I parted to take his probing tongue inside of me. My small hands spanned his massive shoulders after he shed his shirt, and his huge hands engulfed my waist as he pulled me deeper into the kiss. Our mouths mated in a carnal play of mouths, teeth, and tongue, and I moaned as he suckled my bottom lip.

Neither he or his husband were hard on the eyes, so, really, this was an easy ruse of seduction to pull off. I didn’t mind being mauled by a giant who looked like a cross between Ryan Gosling and a studly wrestler. But it was getting tough to keep my mind on stealing those keys when his hands and mouth were so skilled at manipulating me.

He yanked off his breeches and now kneeled naked before me. I saw just what a fine specimen he was, with all rippling muscle and smooth skin. Thankfully the erection growing between his legs looked manageable too. Thick, veiny, and a brownish pink hue, but not so large I feared it would split me apart. But the downfall to his nakedness was he threw his breeches clear across the cage, and there was no way I’d be reaching the keys until I made some artful maneuvering.

He pushed me back into the nest of pillows, tongue fucking me deeper and harder as he did so. Tiny growls escaped him as he tore off my tank top and shorts. I rarely wore underwear, so now I lay exposed and completely vulnerable before him. Not a shy woman about my thick but firm body, I let his carnal gaze roam over the hills of my breasts. He devoured the sight of my pussy when I spread my legs to show him my glistening labia. I knew they were wet because I could feel the growing dampness of my arousal.

His head dipped to my breast and he teased a nipple between his large, white teeth, pulling it taut while he flicked his tongue over the tip. The peak tingled and puckered, and my aureole wrinkled up from the pleasure spilling down my torso, zipping straight to my sex to ignite more desire there.

As his big hands roamed and explored my body, I managed to squirm and wriggle over the sea of pillbox cushions until I edged closer to the keys. But his rough, thick fingers parting my legs and stroking ever higher up my thighs stopped my pursuit. When his thumb stroked over my swelling clit, I briefly forgot I wanted free at all.

He slid a finger inside my cunt, filling me with it, pumping it in and out of my slippery sex as he continued to sweep his thumb over my clitoris. I squirmed and moaned beneath his touch as liquid heat spread through my loins, through my body. His thrusts soon sparked a pleasing pressure inside me, making my g-spot throb. And he pinched and plucked at my clit still, while he dipped his head once again to suckle at a nipple. I cried out and shook as I came, spilling my juices down his hand.

“That was wonderful,” I breathed, giving him a lazy smile. My eyes flitted over the keys in the corner, and once more I saw opportunity. “Now, I want you to fuck me.”

His eyes narrowed to lusty slits. “Your wish is my command.”